Did Oswald act alone?  Were there accomplices?  Was it the CIA, Cuba, the Russian KGB?  Fifty years after the assassination of President John F. Kennedy, these questions continue to perplex baby boomers and intrigue younger generations.
Our own Cuyahoga County Common Pleas Judge Burt Griffin was appointed to the Warren Commission shortly after the Kennedy Assassination.  The Warren Commission was established by President Johnson and Congress to investigate the circumstances surrounding the Kennedy Assassination. 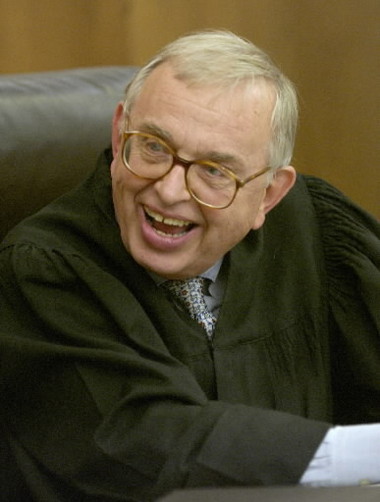 As a special year-end staff event, the Cuyahoga Land Bank invited Judge Griffin to speak to the staff to hear first hand accounts from somebody who actually served on the Warren Commission and had access to the best evidence and information available.
So after 50 years of intrigue, conspiracy theories and Oliver Stone movies, what was Judge Griffin’s conclusion about the assassination? After a lively discussion and some great question and answers amongst staff and Judge Griffin, the Judge reaffirmed his view that Oswald acted alone as the Warren Commission had originally found.  He indicated that no new concrete evidence had surfaced over the years that would change that conclusion.  Judge Griffin explained the day-by-day chronology of Oswald’s activities just prior to and after the assassination.  Although some Cuyahoga Land Bank staff skeptics still remain, he made a pretty darn good case for the “Oswald acted alone” theory.
Although people will probably continue to question the Kennedy assassination theories for decades to come, it was a real treat to have Judge Griffin’s engaging style and knowledge which he graciously shared with Cuyahoga Land Bank staff.