On June 5, 2014, Cuyahoga Land Bank Staff Attorney Doug Sawyer and President Gus Frangos travelled to Columbus to meet with Governor John Kasich for the signing of S.B. 172.The new law provided amendments to the land banking statutes  which enhance the ability 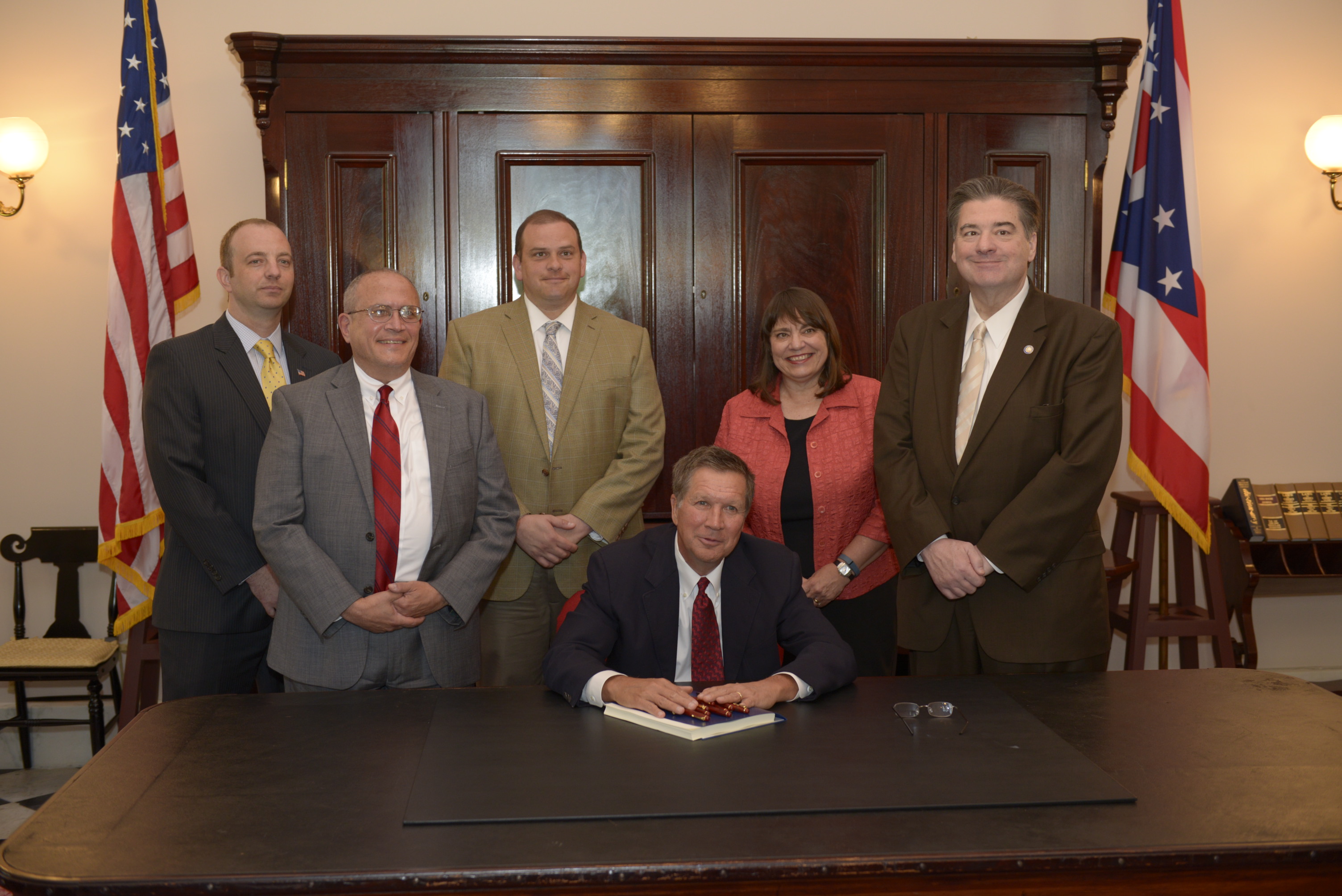 of courts, boards of revision and other governmental agencies to repurpose and eliminate vacant  and abandoned properties throughout the State of Ohio. The new bill was sponsored by Senator Tom Patton who was also the chief sponsor of S.B. 353 in 2009 which established county land banks. Frangos has written several bills since 2004 which have been enacted by the General Assembly. The Frangos-Sawyer collaboration was the first for Sawyer who has been an employee of the Cuyahoga Land Bank for four years, first as an intern and now as staff attorney.Together, they worked with the Ohio Legislative Services Commission in crafting new policies.“Through the excellent work of our staff, the Cuyahoga Land Bank has built up credibility with our General Assembly.” said Frangos. County Treasurers Wade Kapszukiewicz from Lucas County and Carolyn Rice from Montgomery County also attended the signing with Governor Kasich. Rice pointed out that the Cuyahoga Land Bank continues to provide leadership for all the land banks statewide when it comes to resolving policy issues and its familiarity with the legislative process. Frangos stated “it is great to be able to work with such a skilled lawyer” referring to Sawyer. So what’s next? According to Frangos and Sawyer, they said “stay tuned.”