West-siders who have driven to Cleveland’s Second District Police Station to report a burglary or other crime can tell you: getting out of their cars hasn’t always been the most comfortable experience, especially after dark.
That’s because the parking lot usually is full to capacity and they have to find street parking, often some distance from the st 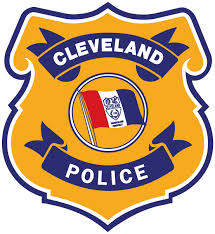 ation. “There are barely enough spaces for staff’s cars,” says
Jamie DeRosa, Cleveland Commissioner of Real Estate. “Officers generally park in the driveway and residents have to park on the street. It’s definitely become a safety issue.”
That tense situation is about to change, thanks to quick action by Ward 14 Councilman Brian Cummins, the Cuyahoga Land Bank and the City of Cleveland.   A property at 3918 Daisy Avenue, adjacent to the station (which fronts on Fulton Road), went into tax foreclosure and “we saw an opportunity,” Cummins says. “We had been tracking that property for several years, because it was an eyesore and the need for additional parking had been identified.”
The Cuyahoga Land Bank acquired the property through tax foreclosure; because it’s located in a Historic District, it had to undergo the city design review process before the house could be demolished. Once the demo was approved, the property was transferred to the City of Cleveland and the land was cleared.
Soon, 11 new parking spaces will be created. “We’d like to add more, but for the short term, this will meet the need,” De Rosa says. But the improvements to the property won’t stop there. “We’re going to add a landscape buffer in front of the station as part of the Fulton Road enhancement,” Cummins says, “and they’ll be removing weeds and overgrowth around the station. It’s a win-win-win for the police, the community and the Cuyahoga Land Bank.
“Council and the local development organizations rely on the Cuyahoga Land Bank as an important partner in dealing with distressed properties,” Cummins adds. “We always take into consideration what the best use of those properties might be, and working with the Cuyahoga Land Bank is an important tool in site control for vacant and abandoned properties in our neighborhoods.”