Incredibly, the smallest mustard seed can grow into one of the largest and most sturdy trees at full growth.  In 2009, legislation was passed in the State of Ohio for the creation of county land banks. This legislation planted the seed in Cuyahoga County and led to the growth of the Cuyahoga Land Bank.  Six years later, that seed has turned into a powerful and effective count 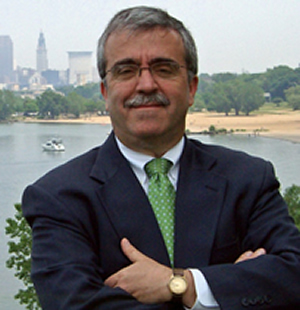 y land bank movement throughout the State of Ohio thanks to the work of Thriving Communities Institute (TCI).  The Thriving Communities Institute, directed by the former Cuyahoga County Treasurer James Rokakis, has  helped counties establish their own county land banks, and facilitates training throughout Ohio.  There are now twenty-five land banks and four more on the way thanks to TCI’s work.
TCI is the convener of quarterly meetings held in different parts of the State where all county land banks come together, share best practices, address new issues and share success stories.
“The beauty of land banking is that one size does not fit all,” said Trumbull County Treasurer and Board Chairman Sam Lamancusa.  “We board-up, renovate, demolish and improve properties throughout the County in ways never before possible thanks to the creation of county land banks.”  That was the message at the most recent TCI land bank quarterly conference in Columbus in mid-June of this year.
Cuyahoga Land Bank President and General Counsel, Gus Frangos, Chief Operating Officer, Bill Whitney and Staff Attorney, Doug Sawyer, attended this quarterly meeting.  They discussed proposed legislative changes  to the tax foreclosure process and land banking statutes.  Doug Sawyer outlined some of the more important changes that were on the horizon. 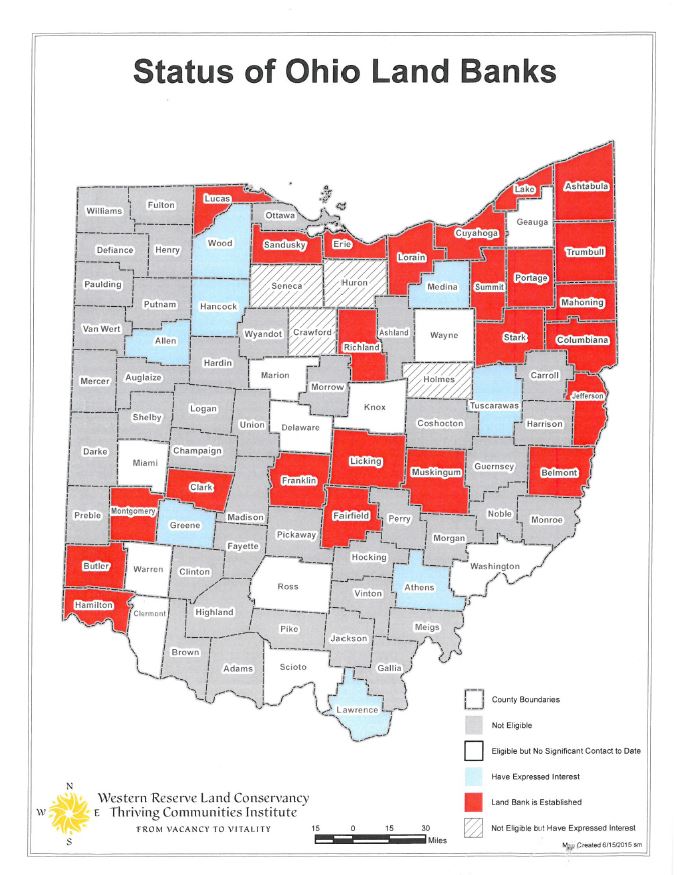 Speakers talked about new greening techniques and progress with the Ohio Housing Finance Agency’s (OHFA) Hardest Hit Funds designed to assist with  blighted and vacant properties in communities.  Clark County Executive Director, Tom Hale, explained how the Clark County Land Bank is taking the lead on securing an Internal Revenue Ruling establishing special non-profit status for county land banks in Ohio.
Robin Thomas, Land Bank Program Director for TCI facilitated the meeting and reminded all those present of the upcoming Ohio Land Bank Conference this October.  Thomas explained that “the conference allows all land banks, city officials, elected officials and community development non-profits to come together and learn about some of the newest tools available for engaging in neighborhood stabilization and community development work.”  Just six years since county land banks first formed in Ohio, there are now twenty-five in total and Rokakis believes that by the summer of next year, nearly half of Ohio’s counties will have their own county land bank.

One thought on “Thriving Communities: And Then There Were Twenty-Five!”