The new year started with a bang in Richmond Heights, as the wrecking ball finally fell on the abandoned Sunoco gas station at the intersection of Richmond and Chardon Roads 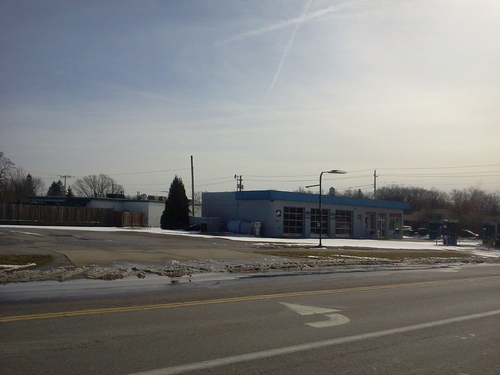 .  Years in the making, this demolition was a joint effort between the City of Richmond Heights, Cuyahoga County, US EPA, and the Cuyahoga Land Bank. “Through the collaborative hard work, planning and budgeting of each partner, we were able to demolish the structure that had come to symbolize decay in our city.  Now that the building is gone and the site is clean, the property has become a source of pride and hope for good things to come,” stated Christel Best, Richmond Heights Economic Development Director.
Vacant and abandoned for over a decade, the old gas station was a glaring eyesore at the entrance to the city.  Unseen environmental issues, including leaking underground storage tanks, were 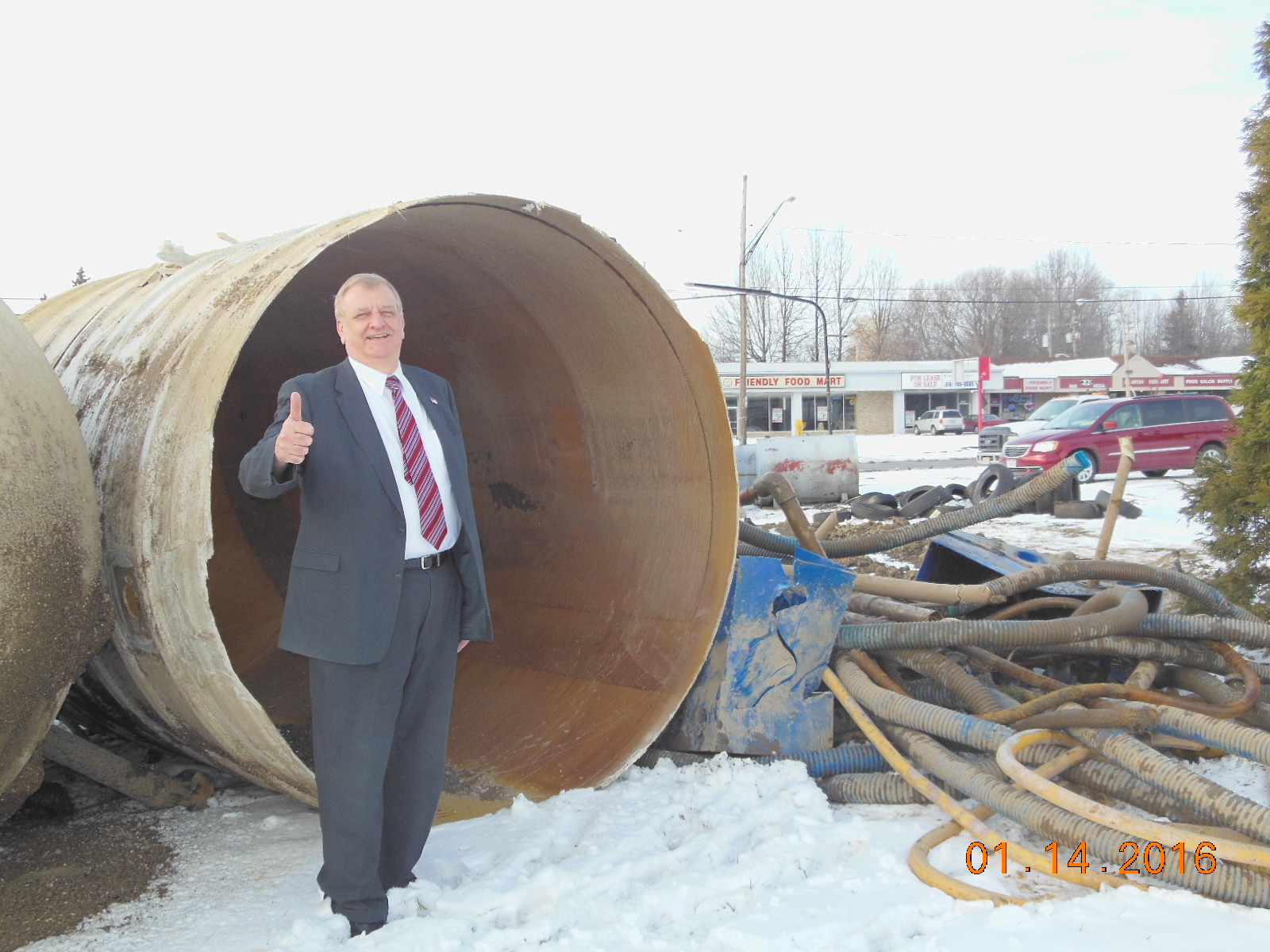 present at the property requiring remediation. Having no surviving owners, real estate taxes went unpaid for years resulting in a tax foreclosure against the property that later forfeited to the State of Ohio.
To accomplish the project, the city received a two hundred thousand dollar grant from the US EPA Brownfield Revolving Loan Fund and eighty thousand dollars from Cuyahoga County Demolition Program.  Cuyahoga County Councilwomen Sunny Simon commented, “This is an important project for Council District 11 as well as the entire County. Cleaning up this property has opened the door to future economic development and growth. I am dedicated to working with the City of Richmond Heights, the Cuyahoga Land Bank and Cuyahoga County to support such projects through the US EPA Brownfield Revolving Loan Fund.”
The Cuyahoga Land Bank agreed to doing and overseeing the demolition and clean-up of the property.  With the invaluable assistance of Karla Auker from US EPA and Janise Bayne from the Cuyahoga County Department of Development, the Cuyahog 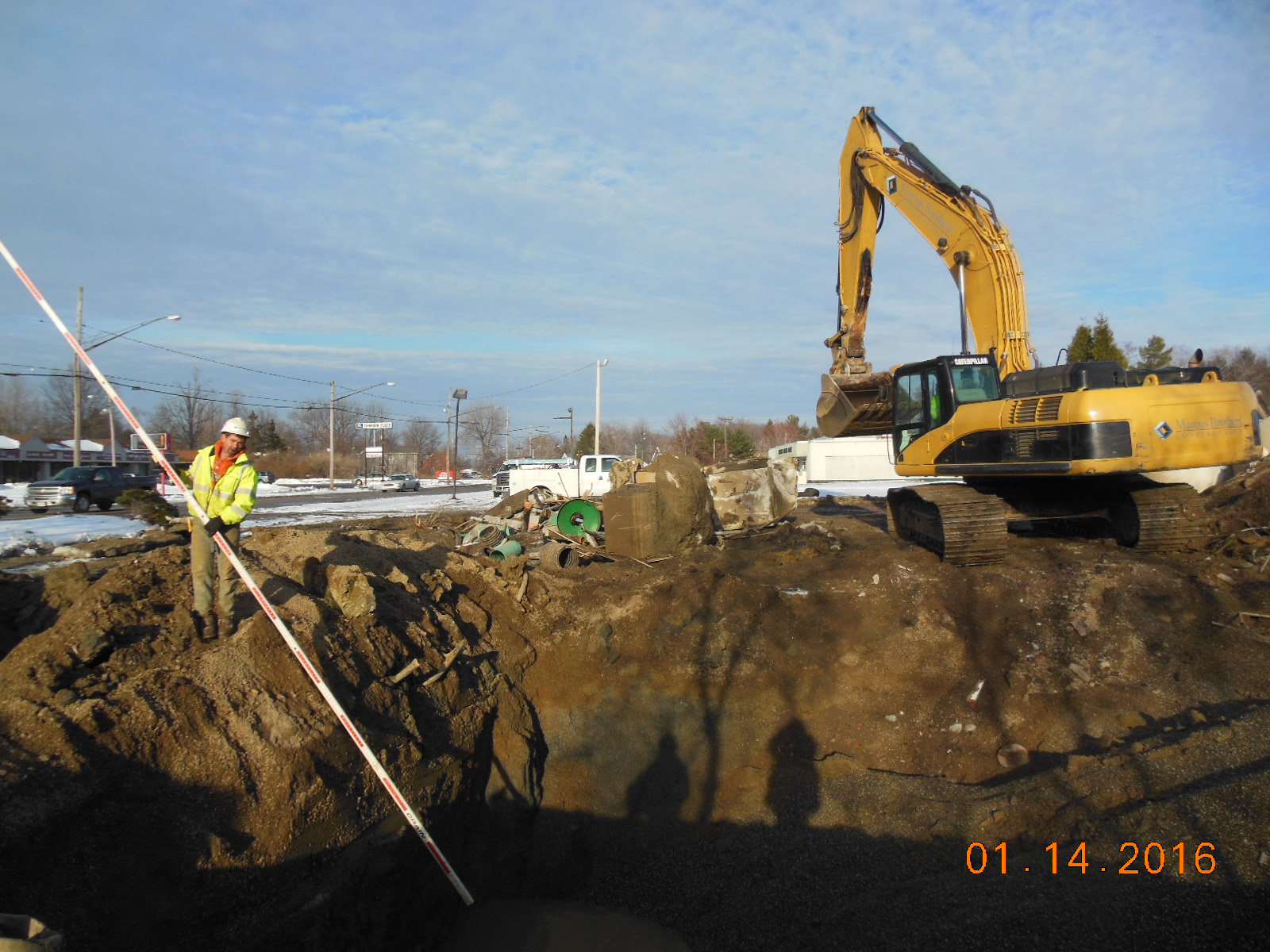 a Land Bank navigated this project through a complex web of grant program requirements and state and federal regulations.
After the underground storage tanks were removed, the Cuyahoga Land Bank acquired title to the property and transferred it to the city.  Once final site finishes are complete and all the clean-up paperwork has been turned in, the city’s revitalization of this key location will begin.  The Mayor of Richmond Heights David Roche gladly stated, “The Cuyahoga Land Bank demonstrated effective leadership and management of the demolition and remediation project.  The completed project greatly enhances the potential for future development of the local business district.  This project was a successful team effort that now affords our community benefits that will last many years into the future.”