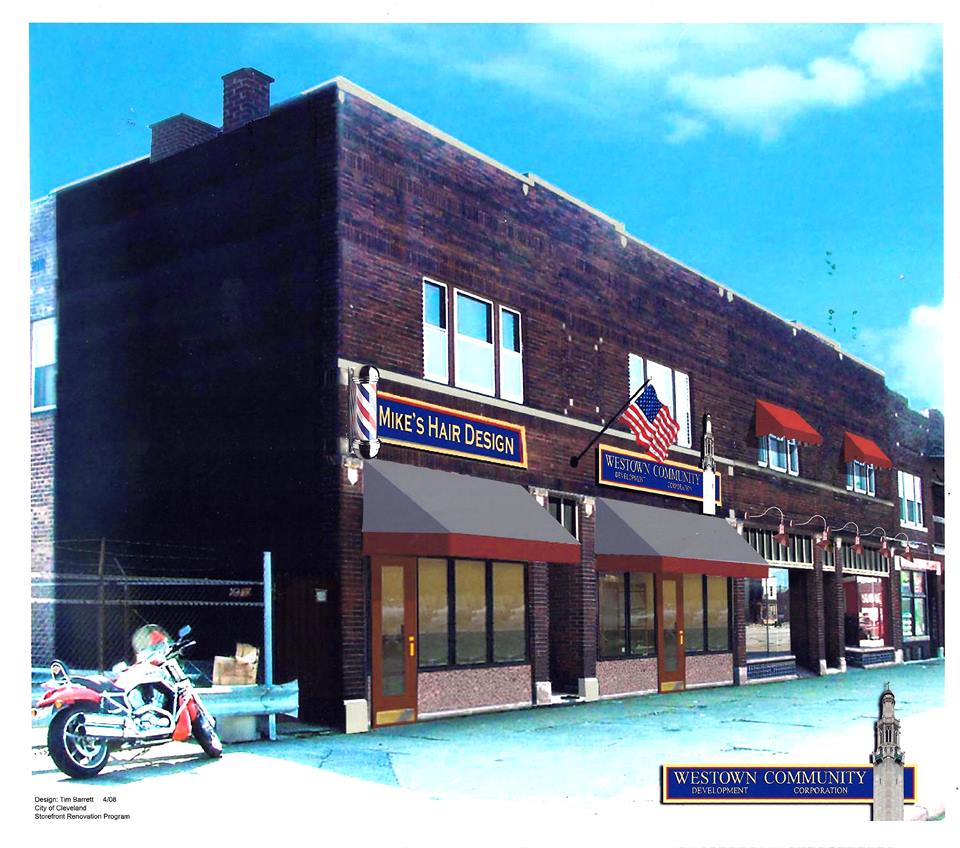 Station Historic District and residential streets north and south of it.  The two recreation centers and parks offer year round family activities that include a skating rink, water park, pool, picnic area and band gazebo.  Four retail banks and a savings and loan serve the area which is a good indication of the neighborhood’s economic strength. Locals and visitors alike love Lorain Avenue’s eight mile corridor of shopping, dining and history that links Cleveland Hopkins Airport to Downtown Cleveland and offers an eclectic mix of retro shops, imports, Irish pubs, restaurants and entertainment.
Over the past twenty two months, WCDC has facilitated, acquired and sold thirty eight formerly vacant and abandoned homes with the help of the Cuyahoga Land Bank.  In 2015, eight new families purchased homes and resettled in the Westown community from other states. According to Zitiello, the purchasers almost always bring their own sweat equity to the project. Entire families often pull their resources, talents and labor to complete the renovation on time and on budget.  The average cost to acquire and bring houses up to code is twenty-four thousand dollars.  Lenders typically will not underwrite traditional home loans.  Zitiello uses her prior executive experience, at the City of Cleveland and as a former bank relations manager, to structure purchase agreements that prioritize repairs and leverages purchaser’s credit to utilize non-traditional sources of financing.  Under Zitiello’s leadership, an attorney, and the leadership of Councilwoman Dona Brady, Westown is seeing a resurgence!